专辑介绍：
Joan Baez 琼．拜亚的歌声有如钻石的璀璨，那样无瑕那样永恒，令人心动经典的专辑，每首歌曲都深深的动人心弦，醉人的音乐百听不厌，是那么的令人难以抗拒。
Joan Baez 琼．拜亚於1941年1月9日出生於美国纽约 Staten 史坦顿岛上，与『民歌之王』Bob Dylan 巴布狄伦齐名为『民歌之后』，作为民歌界女性权威演绎者的地位，她对民歌音乐的理解加上天生的近乎完美的嗓音使得她成为50年代之后民歌音乐中的一棵奇葩。
1988年一场暴风雨正雷雨交加的侵袭著，在西班牙 Bilbao 毕尔柏的斗牛场内，市长及群眾热情澎湃，醉心地融入琼的演唱会中…现场热络亢奋的情绪，深深烙记於在场每位参与者心中。这张一半英语一半西班牙语的 Joan Baez 现场演唱会，虽录制於当时雷雨交加的Live现场，Joan Baez 清纯的声音以及简单清澈的吉他伴奏，录音水準是音响玩家一致激讚的(据录音师表示，他已无法再準确的找到当时收音的位置)。其中包括她在各场合常会演唱的 Gracias A La Vida 与另一位女歌手 Mercedes Sosa 跟她合唱，声音一样很吸引人，两个人把这歌唱得十足奔放、豪迈，有著一种走过许多人生历练的韵味。听这张CD表现出极度迷人的纯净美感，Joan Baez 的歌声乾净、中低沉稳的嗓音，凝聚有如一条纯净的瀑布，道地的演唱风格，将歌曲中的浓浓情感，詮释得淋漓尽致…；吉他声并不华丽，也没有特别的音色，听到的就只有朴素的吉他声而已，保留了原汁原味。这张令人心动经典专辑，每首歌曲都深深的动人心弦，陶醉的佳音百听不厌，是那么的令人难以抗拒，其实，再美的形容词，也比不上亲自聆赏体验来得贴切，值得您珍藏。
Although she released a comeback album, Recently, in 1987 after eight years away from U.S. record stores, Joan Baez continued to be more of a force in Europe than in her homeland, and she followed Recently with what was actually her third live album to be recorded in Europe in the 1980s. Diamonds Rust in the Bullring is not to be confused with her 1975 studio album Diamonds Rust, of course, and it is not a live recording of the songs from that album, either, even though the song Diamonds and Rust itself does lead it off. So, the title is not helpful. The album chronicles a show performed by Baez, in a bullring, naturally, in Bilbao, Spain, in 1988, and it demonstrates what makes her such a draw overseas. Half of the collection (Side 2 of the LP and cassette, tracks 7-12 of the CD) consists of songs sung in Spanish, recalling her 1974 all-Spanish album Gracias a la Vida and including that LP s title song, here performed as a duet with Mercedes Sosa, El Preso Numero Nueve (which was also on her debut album, Joan Baez, in 1960), Llego con Tres Heridas, and No Nos Moveran (aka We Shall Not Be Moved ). Also part of the Spanish side are a translation of Sting s They Dance Alone (Gueca Solo), called Ellas Danzan Solas (Cueca Sola). (Singing in Spanish always seems to remind Baez of the bloody Chilean military coup and its aftermath.) But the song that most moves the crowd is the pretty Txoria Txori, a song in Catalan with which they sing along. Actually, the Spanish side is more moving than the English one, in which Baez seems to be just running through some familiar material or turning in interpretations of such classics as Bob Marley s No Woman No Cry, Leonard Cohen s Famous Blue Raincoat, and the Beatles Let It Be that have been done definitively by their originators. Diamonds Rust in the Bullring smacks of being a placeholder in Baez s discography, which makes it an odd release for an artist willing to wait so long to return to making records. ~ William Ruhlmann, All Music Guide
http://music.msn.com/music/album-review/jo...Review_0
引用
In 1989 and at the age of 18 I had the wonderful pleasure to listen to Joan Baez for the first time with this album, not knowing that she has been a great artist since before I was born. I totally felt in love with her voice. This was the first, but not the last time I listen to her. With this album I started my love for her music, her ideas and her voice. Famous Blue Raincoat is one of my favorites and the song in Catalan, even without knowledge of the language can make you cry. Sweet Low, Sweet Chariot is one of the best examples of the greatness of voice. If you are looking for a glimpse of her great performance this is the one,but I warn you: you ll want more and more..... 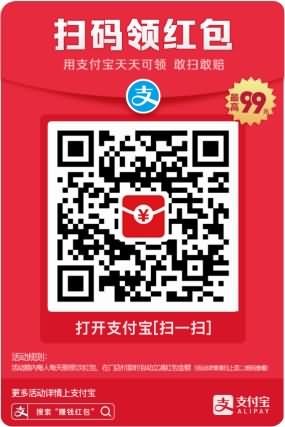